Tell me about Puca, its origins and its innovations in marketing here and abroad.

I founded Púca back in late 1999 originally as an online community specialist developing and managing web communities. We started integrating SMS as one of the features of our platform so that for example, you got an SMS if someone responded to a post you had made online. We were then asked by an advertising agency to run an SMS competition where people would text a number with a keyword, and that opened our eyes to the whole potential for interactive SMS, where the messages are not just being pushed out, but whereby the messages that are being received can be connected to information, applications and databases. We had a bit of a Eureka moment and decided to ditch the online community stuff, which at the time wasn’t making any money for us, and started devoting ourselves full-time to developing and managing SMS messaging for major brands and organisations. Over time we’ve added additional mobile technologies and capabilities, including Android and iPhone development. These obviously give a lot more richness in terms of the design and graphics possibilities. Although I think there’s still a lot to be said for plain old SMS in terms of its mainstream reach and instant access.

Our business these days involves a combination of mobile apps, SMS services and mobile commerce. Often a project will involve a mix of all of these so we could be developing an integrated PC website, which is also optimized for mobile phones, an iPhone app (and potentially Android, Symbian and other platforms) and an SMS service.

We entered the Chinese marketplace a few years back and we now have a well-established office and team in Beijing serving multinational customers who are seeking a local mobile partner in China.

Our customer base in Ireland includes companies like UPC, the National Car Testing Service (NCT), Meteor, Spar and many others whilst in China we’re currently working with companies such as Accuweather and Grohe. Our Chinese team also worked on the Irish Pavilion at the Shanghai Expo developing the whole mobile and web presence that went along with that.

What drives the founders?  Who inspired them most and why ? 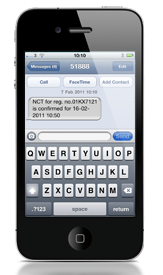 I’m the founder of Púca. Before that I was involved in web development: I set up the Irish web design company Webfactory in 1994, which I think was the first dedicated web development company in Ireland. Before that I worked in the music industry, at EMI records in London. I’m driven by trying to do things that are original and a bit ahead of the curve. I like to be working with something that’s on the cutting edge but it can also be a good business strategy to be positioned early on in a sector that is going to grow. I think its also important if you’re operating out of a small country and a small market like Ireland that you look outwards and create something that can be sold internationally. I think what probably inspired me originally was seeing how people like U2 and their management organization have been able to build a successful international business based out of Ireland built upon innovation and creative talent. There have been many other similar accomplishments in areas like film, dance and theatre so I think those of us working in other industries in Ireland, be it the technology sector or whatever, should be inspired by those people working successfully in the arts and try and emulate them in our own fields.

Describe  your design process and which part you find most scary and most satisfying ?

Its very much a team effort in here. What we effectively bring to the table with our customers is a deep knowledge and experience of mobile technologies and what works and what doesn’t on the mobile. Combined with that we have the execution capability from our own in-house software development and design resources and of course our own proven, tried and trusted mobile platform which we have developed and enhanced over the years. We try and make sure that the customer has clearly defined their objectives in advance and we generally engage in a workshop process with them to tease out the requirements in full. For us its extremely important to have all of the specifications detailed in advance as our team is spread between Dublin and Beijing so we have to be very disciplined about making sure everything is clearly defined upfront so we can keep everyone on the same page. Generally we’ll do the front end, user interface designs here in Dublin along with the technical architecture and software design, and then the Beijing team does a lot of the implementation, working closely with our Dublin-based developers. Mock-ups and wireframes are a key element of the process so usually we’ll do that very early on and that’s obviously a key part of the specifications process with the customer. On the graphic design front, whilst we do have in-house design capabilities, we also tend to work with different freelance graphic designers based locally here in Dublin and this I think gives a bit of variety and freshness to the different interfaces.

What do awards mean for your company and the people within it? Do you think Commissioning Clients get adequate recognition for their vision by commissioning innovative work? How might this be improved?

Its certainly a very good marketing tool in that it reassures customers that they’re working with the best and there’s definitely a great buzz that the staff get when every time we win an award. But at the end of the day we’re here to just do the work and the success and failure of a particular application or project is not in whether it gets an award but in whether the client’s objectives are achieved. Of course if we can do that AND win an award for it then all the better!

How can the technologies Puca uses solve problems  in emerging markets and third world ?

The use of mobile technologies is often more advanced in developing countries. They don’t have the same legacy infrastructure as we do so it’s more of a blank page they are starting from. There often isn’t an existing fixed line broadband infrastructure there and with the cheaper cost of phones versus computers, mobile usually represents the most logical way to communicate information. Mobile solutions often are also the most pragmatic way to solve a particular issue or problem. For example, in extending banking and payment services, in communicating health information, in getting access to market prices – all of those areas are currently being addressed using mobile technology in the third world at the moment – to an extent barely touched upon here. Its not even smartphones or mobile Internet or apps that are most widely used – usually its just two-way SMS as its very cost effective, its available on all handsets and yet it has all of this highly functional interactive capability.

6.       In your opinion which institutions in Ireland – Educational and Enterprise really understand the core dynamics of innovation ? What key recommendations might you make to encourage more entrepreneurship here in Ireland? 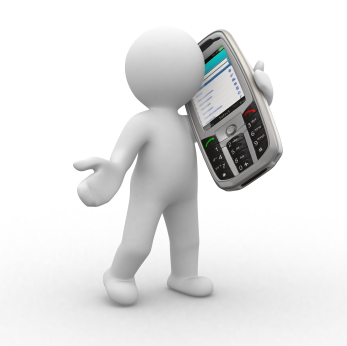 I think there’s different types of innovation. In the enterprise area, it has to be very market driven and it has to have a business case. But it doesn’t – or maybe shouldn’t – have to be the same way as that in the universities, and I think there’s a lot to be said for just pure research. You have to allow for the potential of unforeseen discoveries or outcomes, so I’m not sure that there is the same dynamics between enterprise and education nor that the approach should be the same.

I think there’s plenty of things that could be done to encourage entrepreneurship in Ireland. Firstly, there has to be tax and other financial incentives in existence – just look at how the government was able to inflate the property bubble by its policies over the last ten years. Imagine if all of those incentives and all of that effort into promoting the property sector had been put instead into creating world-beating Irish companies, into creating something that was actually productive, sustainable and useful. Secondly, people have to be inspired by, and want to be, entrepreneurs. They need to see more successful businesses and companies coming out of Ireland and they need to have the role models to emulate.

I’m not sure I can think that far ahead!! But one technology I believe is really interesting is augmented reality, which is effectively about the intersection between the real, tangible world of physical objects and the virtual, interactive world of information and social networks. I think there’s huge potential in enhancing our real world experiences with interactive ‘layers’. At the moment, we may be at the point in the technology cycle where we’ve gone too far into an essentially superficial world in our online life and connections:  it’s all very ‘inorganic’ – and so I wonder what will happen when all of that gets drawn back into, and blended with, the real world.

8.       What are the traits of your ideal collaborators , in Ireland and abroad?

We’re happy to explore collaborations with companies where our platform and/or our skills can add value. For example, we’re currently working with a company who has a strong web-based presence and a lot of large clients, but no mobile skills or technology. The way we are working with them is to connect our SMS platform and app development skills with what they have. This gives them the ability to instantly provide their customers with an integrated mobile solution which adds value to their offering, and for us it gives us another channel to market.

9.       Are Clients here beginning to understand the beneficial role of technology for their activities or are they very much behind their global competitors?

Yes I think Irish companies may be beginning to understand the value of technology and I hope that they now finally grasp the opportunities that are there. In my opinion I don’t think that its sufficient for Irish companies to only seek to be ‘as good’ as the international average, instead they’ve got to take risks and get out ahead of the curve, not follow behind it. We’re a small island country with a small home market, so we’re disadvantaged in that way – in order to compete internationally we’ve therefore got to do things better than anyone else and part of that is using new technologies in an intelligent way. On the plus side, we’ve actually got quite a technologically advanced home market: for example, we have the highest text-usage per person in Europe and our usage of apps, smartphones and mobile Internet is similarly ahead of international norms. Therefore companies here should be trying out new things with those technologies in a market where there is a ready appetite for them, and that might also give them the opportunity to take those home-grown innovations into other international markets. This is I think an area where the government and public sector could take a lead in introducing and promoting initiatives around some of the key new areas of mobile innovation including for example mobile payments and ticketing and mobile-enabled communication with public services generally.