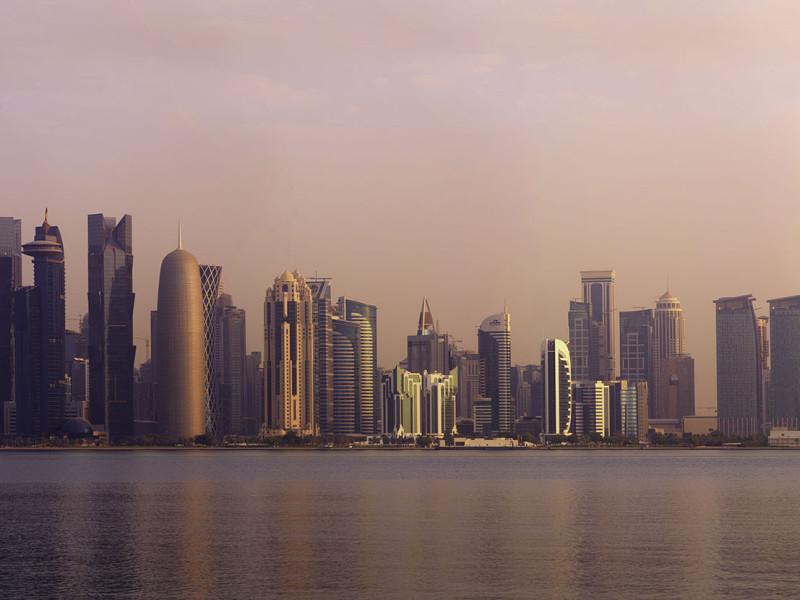 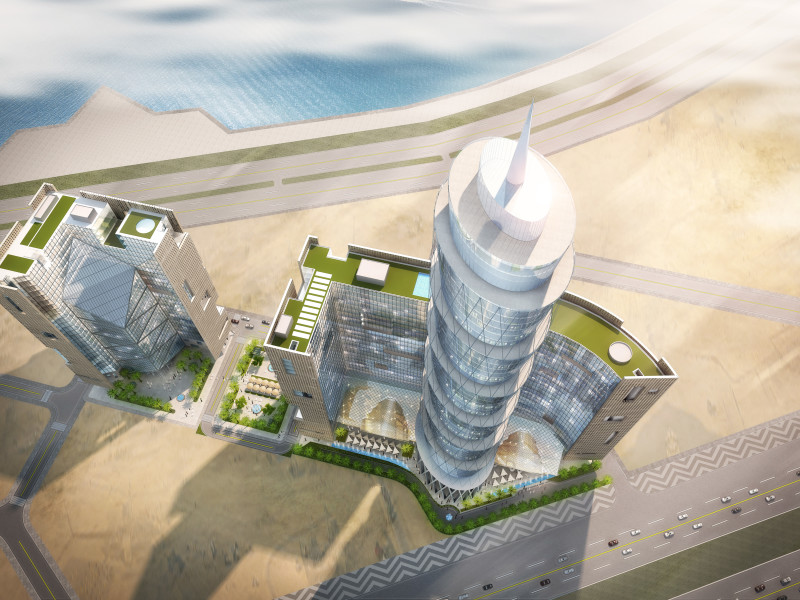 The Site is nestled amongst the tower cluster in the Corniche and south facing . The brief called for mixed use building with hotel, office, leisure, retail with attractive underground parking.

The design response was to divide the brief into two building complexes to permit the sea borne wind to assist with ventilation around both and to create a brise soleil punctured and honeycomb wall at the lower levels housing the hotel and retail , leisure using arcades and the mass of the building to provide shading.

The more open and glazed section is north facing and used a system of timber internal screens inspired by the Bibliotheque Nationale in Paris . Steven Holl’s university building residences and the Taipai tower were other influences.

The Office buildings including  the tower are composed to create a picturesque addition to the diverse skyline in the neighbourhood.The choice of glass was to be in conjunction with St Gobain and their local suppliers to provide the necessary specification for this arid and wind prone location.

An unusual element to the design is the fact that the built context is purposely not included as a preference of the Client.